From Flight Attendant to Academia:

My Path to the Study of Asymmetrical Conflict

In 2001, I was working as a flight attendant for United Airlines. The night before the attacks of September 11, I had just returned home to Denver (via SFO) after working an international flight from London. My wife, who was also a flight attendant, dragged me out of bed that Tuesday morning speaking animatedly about airplanes and tall buildings. As the events were beyond explanation, she insisted that I shake off the jet lag and see what was happening for myself. Since that moment I have been unable to divert my attention from those attacks and what they spawned.

The events of that morning had an enormous impact upon my country and upon my life, and I reacted to them by pivoting to study terrorism and counterterrorism all the way up to the doctoral level. My intention here is to briefly trace the path I have followed to the publication of my first book, which in itself provides a rough outline of my understanding of the anatomy of global terrorism today. 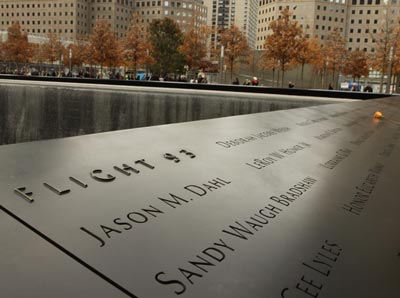 When I was a new flight attendant, I was based out of Newark, New Jersey, and had thus worked with some of the crew who were the victims of the box-cutters even before the planes had become deadly vessels. I count myself enormously fortunate not to have lost any loved ones that day, having both family and friends in the industry. Two out of four of the hijacked planes belonged to United Airlines and so my company took a particularly big hit in the depressed economy that followed, with the job of flight attendant changing considerably as cuts in both the workforce and in pay ensued.

As a result, I decided to return to university while still working. Studying the phenomenon of terrorism and my country’s reaction to it understandably drew my interest in the International Studies program in which I enrolled at Denver University. It was through my studies there that I came to regard the disciplines of international law and political philosophy as being best suited for illuminating the central issues. To further pursue the marriage of these two branches of learning, I left my job as a flight attendant to accept a position as a doctoral assistant at the University of Geneva.

After nearly a decade of living in Geneva, I have come to call this city my home, and there is no doubt that its people, history, and the celebrated “Spirit of Geneva” have had a direct impact upon my work. The fact that Geneva is a prominent home for international law and public diplomacy contributed greatly, with the city serving as the European offices of the United Nations, housing the seat of the UN High Commissioner of Human Rights, and the long-established home of the International Committee of the Red Cross.

In addition to this, long before the city became host to international organizations, Geneva had been eloquently and properly described by eighteenth-century English visitor George Keate as a place where one would find “Scenes of Academic Silence, where Philosophy is more studied than the Sword”.[1]

To do so they pursue a strategy of provocation in order to goad a government into doing injury to itself that could never be achieved by non-state actors: that is, jeopardizing its own legitimacy.

It is in this setting that I investigated the attacks of 9/11 and the “war on terror” to complete my doctoral work. In order to accomplish what I felt was necessary to suitably address this subject I simultaneously completed an LL.M. degree in the laws of war and human rights at the Geneva Academy. This provided me with the background and training to analyze the applicable norms and codified laws governing cross-border violence, detention, the use of force, and ill-treatment.

Integrating international law with political philosophy led me to conceptualize the legitimacy of a government as a target in asymmetrical conflict.

It is well known that individuals choosing the dastardly tactic of targeting noncombatants are much weaker than their government adversary, and so they clearly wish to upend the conventional battlefield. To do so they pursue a strategy of provocation in order to goad a government into doing injury to itself that could never be achieved by non-state actors: that is, jeopardizing its own legitimacy. Moreover, this is an understanding that can shed valuable light on all forms of asymmetrical conflict.

More than a decade after 9/11 it is not difficult to see the overreaction that was provoked. By engaging in counterterrorism policies that run into problems of legality, morality, and efficacy, a government falls into the legitimacy trap laid by its foes. As we now know, this is a bipartisan mistake that can be made by both Republican and Democratic administrations.

By engaging in counterterrorism policies that run into problems of legality, morality, and efficacy, a government falls into the legitimacy trap laid by its foes.

Once we understand that the actions of government in response to terrorist acts are often directly related to the legitimate exercise of authority, and consequently central to the conflict, the need for more thoughtful counterterrorism policies becomes imperative.

To be sure, many who confront terrorism begin with the premise that one must focus on killing or vanquishing the enemy, or offensive strategy. That is not the intention here, nor is it believed to be the correct starting point. By identifying a target at which terrorists aim this theory instead looks at defensive strategy. Thus, this investigation provides indications of where a society would want to fortify its defenses when facing an asymmetrical adversary using terrorism. I have spent years contemplating and investigating the pertinent questions in the hope that we can better develop a counterterrorism policy that reduces the damage we do to ourselves. This work is my response to the attacks of that fateful day in 2001, and it is meant to help us understand and defend the target of legitimacy.

This popup will be closed in: