To commence the volume, chapters from distinguished jurists and philosophers pinpoint the legal definition of torture in both its physical and mental forms, along with a piece that offers an update to the modern history of ill-treatment from a social scientist. Chapter 1, which includes authorship from a former UN Special Rapporteur on Torture, not only elaborates on the definitional aspects but explores an obligation found in the anti-torture convention for the systematic review of interrogation rules, instructions, methods which could act as a guarantee of minimum standards of interrogation. The following chapter then sharply delves into the manner in which the techniques employed by the United States have been “calculated to disrupt profoundly the senses and personality” of a detainee and thus clearly breaks the domestic law against mental torture—offering a carefully researched avenue for litigation. Next, Chapter 3 reviews the literature that has been collected and appraised over the previous ten years by the author of the award-winning tome, Torture and Democracy, which brilliantly spotlighted the supply of torture techniques, the demand for torture, along with tactical and strategic efficacy. 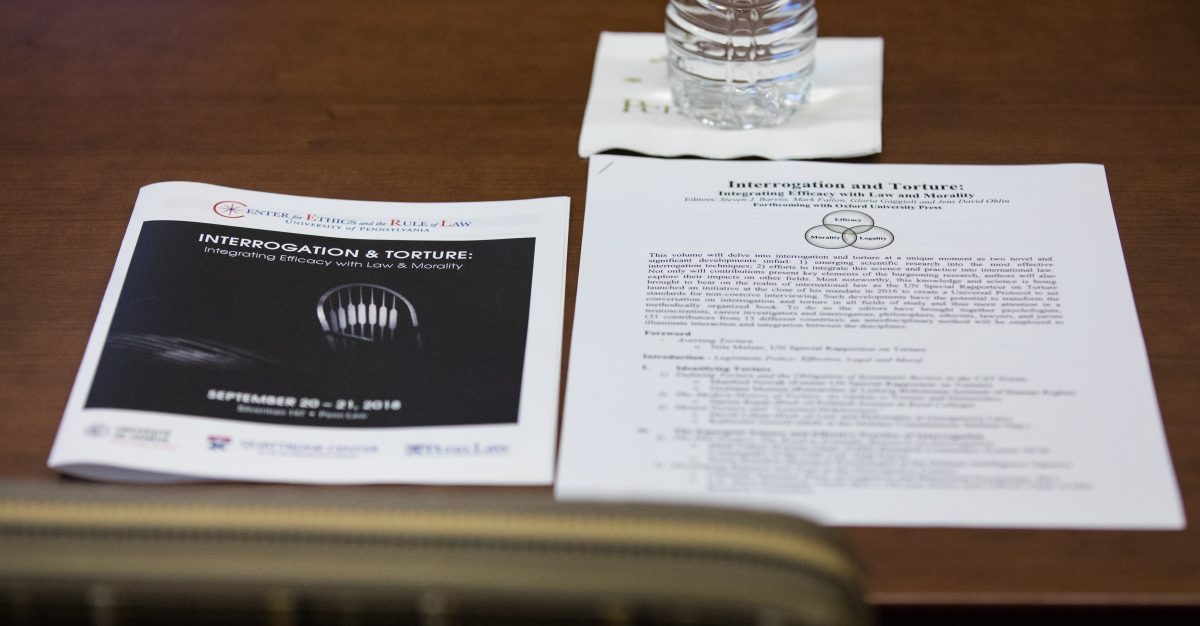 Volume Preparation Conference
Center for Ethics and the Rule of Law (CERL) at Penn Law
September 20-21, 2018

Torture is one of the most severe and violent human rights violations and is absolutely prohibited under international law. Most cases of torture occur during interrogations by law enforcement officials for the purpose of extracting a confession. After elaborating on the legal definition of torture under international human rights law, the authors reflect on the need to address its root causes. While a Universal Protocol for non-coercive interviews is an important initiative in this direction, this contribution focuses on the obligation of systematic review of interrogation rules under Article 11 of the Convention against Torture (CAT), requiring States parties to systematically review their interrogation rules, instructions, methods and practices. The authors provide an overview of the CAT Committee’s practice and discuss how Article 11 CAT, acting as a guarantee of minimum standards of interrogation, could represent an important provision for ensuring the implementation of the CAT preventive obligations.

Manfred Nowak is Professor of International Human Rights at the University of Vienna, where he is the Scientific Director of the Vienna Master of Arts in Human Rights and Founder of the Ludwig Boltzmann Institute for Human Rights. He serves as Secretary General of the Global Campus of Human Rights in Venice. Manfred Nowak has carried out various expert functions for the United Nations, the Council of Europe, the EU and other inter-governmental organizations, amongst others as Independent Expert leading the UN Global Study on Children Deprived of Liberty (2016 – present), UN Special Rapporteur on Torture (2004 – 2010), UN Expert on Enforced Disappearances (1993 –2006) and as one of eight international judges in the Human Rights Chamber for Bosnia and Herzegovina in Sarajevo (1996 – 2003). He has published extensively on international law and human rights, including various language editions of legal Commentaries to the International Covenant on Civil and Political Rights and the Convention against Torture.

Giuliana Monina is researcher at the Ludwig Boltzmann Institute of Human Rights – Human Dignity and Public Security Department. She joined in 2016 and has since focused on several research projects on the topics of torture and ill-treatment, including the second edition of “The United Nations Convention against Torture: A Commentary” (forthcoming), to which she contributed as co-editor and author. Giuliana Monina has completed her legal studies at the University of Bologna. Before the Ludwig Boltzmann Institute of Human Rights, she was a practicing lawyer in Italy and worked with several human rights organizations.

This chapter analyzes the interrogation program employed by the CIA on high-value detainees (the so-called Rendition, Detention, and Interrogation or “RDI” program), and argues that it constitutes mental torture under U.S. law. Specifically, we show through detailed textual and historical analysis that the RDI program of inducing “learned helplessness” violates the Torture Acts prohibition on inflicting prolonged mental harm by procedures “calculated to disrupt profoundly the human personality.” The chapter demonstrates a connection between the RDI program and previous decades’ interrogation research sponsored by the CIA. We show that the Torture Statute prohibits the methods devised through this research. We argue for a fundamental shift in the way both lawyers and commentators talk about the RDI program: de-emphasizing the short list of “enhanced interrogation techniques” approved in the well known “torture memos,” and emphasizing instead the larger program of round-the-clock abuse aiming at personality disruption. 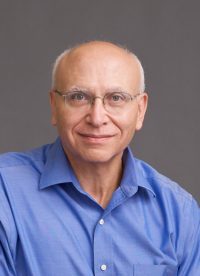 David Luban is University Professor in Law and Philosophy at Georgetown University, and Distinguished Chair in Ethics at the Stockdale Center for Ethical Leadership, United States Naval Academy. His book Torture, Power, and Law (Cambridge University Press) won the American Publishers Association PROSE Award for for Professional and Scholarly Excellence in philosophy. He writes on professional ethics, international criminal law, and human rights; currently, he is writing a book on the moral and legal thought of Hannah Arendt.

The Field of Torture Today: Ten Years On from Torture and Democracy

I review the achievements of those who have been studying torture and interrogation in the last decade. I review the literature on the supply of torture techniques, the demand for torture, and discussions of tactical and strategic efficacy.  I use my book, Torture and Democracy, to frame multi-faceted efforts by scholars and practitioners, orienting readers to material elsewhere in this volume and suggesting fruitful connections and debates between them. To be specific, I review the studies of modern torture techniques, their historical origins, and the manner in which they travel; the statistical literature global and American attitudes towards torture; the social scientific and policy literature of incorporating coercive techniques into institutional policy, the formation of torture subcultures, and the challenges of prevention. Throughout, I identify how this remarkable body of work has led me to reconsider, correct, or refine claims I made a decade ago. 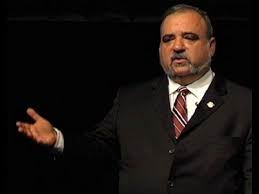 Darius Rejali is a professor of Political Science at Reed College, the author of the award winning book, Torture and Democracy (2007) and Torture and Modernity: Self, Society and State in Modern Iran (1994). Iranian-born, Rejali has spent his career reflecting on violence, specifically, on the causes, consequences, and meaning of modern torture in our world. Rejali is an internationally recognized expert on government torture and interrogation and he has submitted testimony for Guantánamo and Abu Ghraib related cases.