The chapters found in this genuine page-turner offer valuable programs of action: the science presented by researchers and practitioners plainly guides us toward rapport-based interrogation because of its efficacy; international law experts call for a standard-setting instrument for non-coercive interviews; military professionals warn of grave strategic consequences for torture policy; and psychologists propose a Truth Commission to rescue their profession. Citizen readers of this book will become informed of significant developments on interrogation crucial to public policy, and the ultimate implementation of these insights will depend on self-aware and inquiring patriots.

The final section of the volume contains a series of chapters that have not followed an imposed disciplinary tack (even if law and rule violation direct these inquiries). To open, authors with years of practical experience in torture prevention examine a recent study on what methods work best to stop ill-treatment. Readers will then find Chapter 18 surveying the grave problems that have been created in the U.S. by failing to hold the architects of the torture program, or any offenders whatsoever, accountable for their crimes, along with an assessment of the possibilities for a return to interrogational mistreatment in that country. Next is a chapter put forward by members of the Defense Counsel in the Military Commissions taking place at the U.S. Naval Station in Guantánamo Bay, and they cast light on the grotesque ill-treatment that has occurred against the defendants, and in doing so they demonstrate the devastation that torture brings to a system of legitimate justice (this should also be counted among torture’s casualties). Finally, as discussed above, the book chapters conclude with a presentation of the initiative to establish a Universal Protocol setting standards for non-coercive interviews and associated safeguards which includes authorship by the former UN Special Rapporteur on Torture who originally launched the proposal. 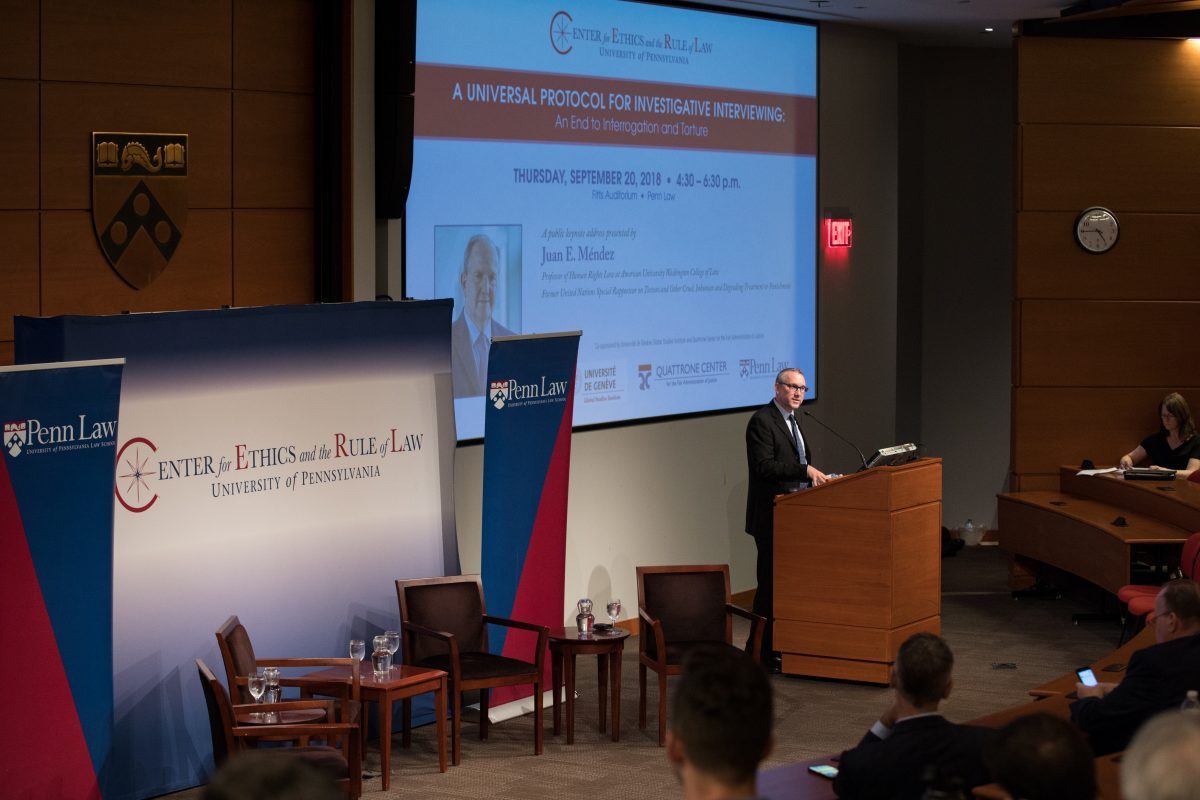 Torture can be prevented by first understanding why it could happen and secondly by taking a combination of actions, to reduce risks of it occurring, that replace discriminatory and abusive practice with professional policing that conforms with international human rights law. With reference to country specific experiences and an academic research commissioned by the Association for the Prevention of Torture, the authors provide examples of measures that work, in particular the application of detention safeguards, such as: the right to inform a third party of an arrest; access to a lawyer; independent medical inspection; and being brought promptly before a judge. Independent oversight bodies can oversee the application of these safeguards, present recommendations to prevent torture and other ill treatment. Country specific examples are given of how socio-political order, cultural traditions and institutional culture have been changed through professional skills training, institutional, judicial and legal reform. 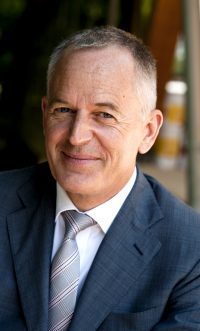 Mark Thomson is the former Secretary General of the APT (2001-2018). Experienced human rights advocate and diplomat especially in measures to prevent torture and strengthen the impact of national human rights defenders. Mr Thompson is a graduate of the Universities of Essex and London. 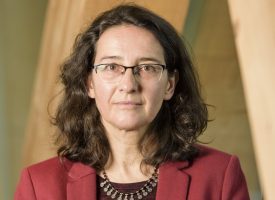 Barbara Bernath, is Secretary General of the Geneva-based Association for the Prevention of Torture (APT). She is an experienced international human rights advocate and trainer on changes to policy and practices that can prevent torture and ill-treatment, and graduate of the Universities of Strasbourg and Geneva.

Repairing the Damage from Illegal Acts of State: The Costs of Failed Accountability in the U.S.

In an attempt to justify the use of torture, the Bush Administration developed novel legal doctrines that distorted both domestic and international law. This Chapter argues that this perversion of law, coupled with the failure of the Obama administration to hold the principal architects responsible, has eroded the rule of law in the U.S. and done permanent damage to norms of armed conflict. The Chapter explores the psychological impact of the program, both on detainees and those expected to implement it, the changes to legal doctrine introduced to legitimize torture, and the deleterious impact of this effort on U.S. national security. It also addresses the question whether torture has now truly been eliminated from U.S. law and whether the practice could return. It raises concerns about techniques authorized in an appendix to the governing provisions of the Army Field Manual, which determines permissible interrogation practice under current law. 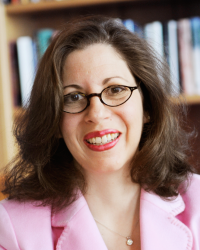 Claire Finkelstein is the Algernon Biddle Professor of Law and Professor of Philosophy. She is also the Faculty Director of the Center for Ethics and the Rule of Law (CERL). She edits the Oxford Series in Ethics, National Security and the Rule of Law, along with Jens Ohlin, and has been the editor of several volumes in the series. She is a frequent television and radio commentator on matters of national security and ethics, and publishes regularly on a variety of topics in legal theory and national security. 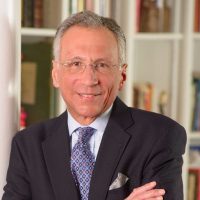 Brig. Gen. Stephen N. Xenakis, M.D. (U.S. Army, Ret.) is an adult, child, and adolescent psychiatrist and retired from the U.S. Army in 1998. He serves on the Executive Board of the Center for Ethics and Rule of Law (CERL) at the University of Pennsylvania Law School, the editorial board of the Journal of the American Academy of Psychiatry and Law, and is an Adjunct Professor at the Uniformed Services of Health Sciences (USUHS) of the military medical department.

Drinking from a Poisoned Chalice: A Portrait of the U.S. Military Commissions at Guantánamo

The following is an adaptation of the keynote speech given by John G. Baker at the 2018 NATSECDEF conference, examining whether the United States military commissions, special military tribunals established by President George W. Bush in the aftermath of 9/11 solely to try noncitizen terrorism suspects, were capable of achieving justice. Answering with an empathetic “no,” Brigadier General Baker described an increasingly troubling series of actions taken against defendants who had been secretly held and tortured by the same government that was then seeking their criminal convictions and executions, and detailed the levels of governmental secrecy that keep these actions far from the public eye. It is clear from this speech that acts of state torture have wide-ranging ripple effects – on the victims of torture themselves, to be sure, but also on those whose work involves torture victims, on the court procedures set up to handle those victims, and, most fundamentally, on society’s relationship to the rule of law. It is likewise clear that by the time this piece is published, more, and possibly more troubling events, will have occurred, as the United States continues to pay the price of torture. 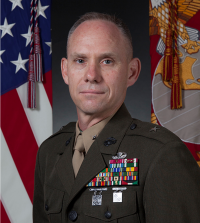 Brig. Gen. John Baker (U.S. Marine Corps) has been serving as the Chief Defense Counsel for the Military Commissions Defense Organization since July 2015. BGen Baker is a career Marine having served the last thirty years on active duty with key assignments including Chief Defense Counsel of the Marine Corps, Chairman of the DoD’s Joint Services Committee on Military Justice, Deputy Circuit Judge, Staff Judge Advocate, Regional Defense Counsel, and Senior Trial Counsel. BGen Baker received a BS from Union College in 1989, an MBA from Averett University in 1993, a JD from the University of Pittsburgh in 1997, and an LL.M. from the Army JAG School in 2005.

Mary E. Spears is a capital defense attorney who has represented clients at all stages of the legal process, from trial to appeal to post-conviction proceedings, with a particular focus on U.S. federal capital proceedings. She is currently Assistant General Counsel of the Military Commissions Defense Organization and has served as defense counsel for Abd al-Rahim al-Nashiri, a former CIA detainee charged with capital crimes before a U.S. military commission in Guantánamo.

This chapter makes the case for the need to develop a universal set of standards (Universal Protocol) for non-coercive investigative interviewing methods and associated legal and procedural safeguards, to assist law enforcement officers and other authorities in carrying out their duties effectively, and in full compliance with fundamental human rights obligations. The Universal Protocol will promote a model of evidence-based, non-coercive investigative interviewing that operationalizes the presumption of innocence and ensures that no person under questioning is tortured or ill-treated. The authors elaborate on the legal, ethical, scientific, and practical arguments for the Universal Protocol. They explain how coercive questioning leads to false confessions, wastes resources, results in adverse operational consequences for law enforcement, and ultimately gives rise to more crime and insecurity. The authors describe the international expert-driven process underway to develop the Protocol, and reflect on achieved to date, ending with a call for support of the endeavour. 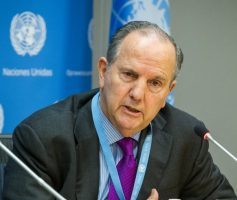 Juan Méndez is a Professor of Human Rights Law, Washington College of Law, American University. Professor Méndez is the former UN Special Rapporteur on Torture (2010-16) and Commissioner, International Commission of Jurists, since 2017. 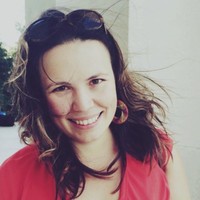 Andra Nicolescu is the Legal and Advocacy Advisor, Association for the Prevention of Torture. Ms. Nicolescu is the former Assistant Director, Anti-Torture Initiative, American University Washington College of Law. 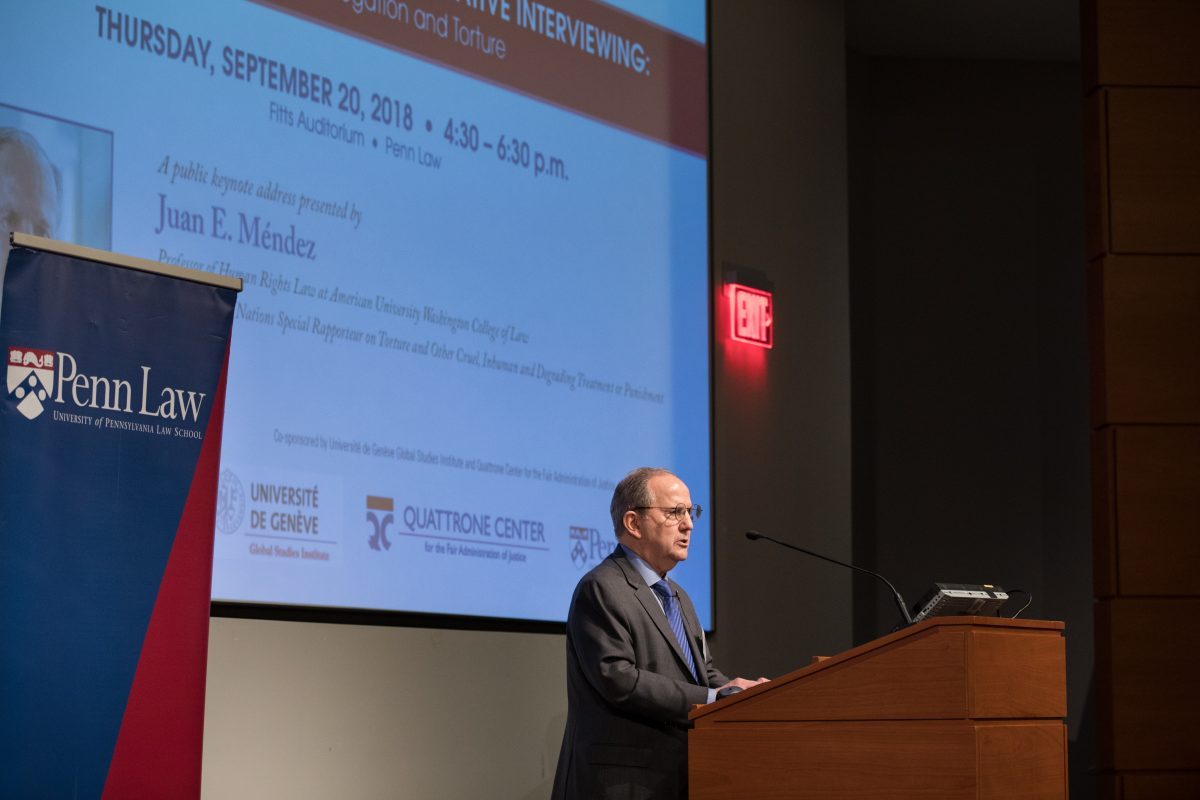