The giants upon whose shoulders I stand

Margaret M. Barela (1946-2009) was a pianist, violinist, instructor, doctor of music, arts critic and writer; but to me, she was my beautiful Aunt Margaret. She died January 2, 2009 in Albuquerque, New Mexico, after a six-year battle against ovarian cancer at the age of 62.

I was profoundly touched that she left me her magnificent baby grand piano, but not being a musician left me seeking a way to translate this into something real and fitting of her legacy. My first book and this website represent that initiative.

When I first came to know Margaret well, it was in the summer of 1987 while working at my grandfather’s store following his passing. At that pivotal moment, she spoke passionately and eloquently about two subjects: the legacy of my grandparents and progressive politics.

Margaret taught me about our long and storied family history in New Mexico, and she helped instill a deep pride in being a Barela. I saw her and my father work tirelessly to revitalize my grandfather’s business, Barela Southwest Housewares, and put my grandparents’ estate in an order that would properly respect their venerable legacy. While she was doing this with passion and gusto, playing in the background was always National Public Radio.

The story that was dominating the news at that time was the Iran-Contra affair, and Margaret intently followed and analyzed the political arguments of presidential power made by the Reagan administration. In fact, there were many political seeds sown at that time and what we struggle with today in the newer context of counterterrorism and the legitimate exercise of power can be traced back to that time.

In watching and listening to all of this I learned a lot about what it meant to a Barela and a citizen in a complex world. Being the member of proud and fortunate family carried with it responsibility: a duty to inform oneself so as to know where and how to stand tall and firm. My intention is to do my best to live up to that responsibility with this website and work.

My first book represents the final destination of a long academic road through various disciplines to arrive at a Ph.D. in law at the University of Geneva. Without a doubt, there has been one person who must stand out in these acknowledgments due to his extremely deft hand at guiding me through this not so obvious interdisciplinary path: Alexis Keller. In addition to his more bureaucratic expertise (a skill never derided by anyone who has navigated the elaborate halls of academia), Alexis Keller also opened my eyes, right at the pivotal moment in the development of my theory, to the work of Guglielmo Ferrero, who sits at the center of this study of legitimacy. If only for these two significant contributions (there are countless more), he sits atop this long list.

Next, a heartfelt extension of gratitude goes to the co-director of my doctoral thesis, Maya Hertig. She stepped in to help ensure the rigor of my legal argumentation and scholarship, not to mention assisting me in avoiding pitfalls in one of my most challenging chapters. Additionally, I had the very good fortune of assisting in the “University Forum 2005–8: Democracy and Terrorism” project when I first arrived at the University of Geneva. In particular, it was the remarkable work of international lawyer Andrea Bianchi that inspired me to pursue an LL.M. degree. The clarity and thoroughness of this discipline shone through brightly in his work for the project; thus, a sincere appreciation must be expressed to him for that inspiration and continued counsel.

This leads me to the Geneva Academy of International Humanitarian Law and Human Rights. My experience there was so positive and foundational that I cannot leave out any of the outstanding professors who all merit tribute: Paola Gaeta, Marco Sassòli, Louise Doswald-Beck, Robert Kolb, and Andrew Clapham. Furthermore, I would like to express my sincere gratitude to two jury members who helped strengthen this interdisciplinary work with their insightful comments and questions: US law professor David Cole of Georgetown Law, and professor of legal philosophy François Ost of Saint-Louis University, Brussels. 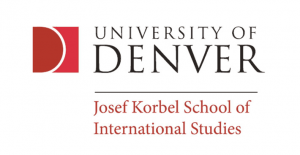 Before coming to Geneva, the genesis of this project goes back to my work at the University of Denver, Graduate School of International Studies (now the Korbel School). Although every single course I followed there provided a valuable piece of the intellectual formation that lead me down this path, I would be remiss not to mention two names in particular. The first is former Dean Tom Farer, who was the original international lawyer who piqued my interest in and fascination with the discipline. In addition to this early awakening, Tom Farer monitored my route through all of the studies I undertook in Geneva and was always available for encouragement or counsel. Finally, during my time in the program at DU I enrolled in every single course offered by Alan Gilbert. This is an indication of both his keen intellect as well as his ability to connect with students during some of the most difficult to comprehend political times. Most importantly, it was his course on Theories of Non-Violence that initiated the philosophical stirrings that undergird this book. 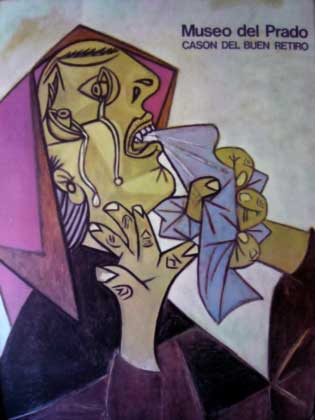 I would like to identify one particular painting that had an enormous impact on me back at the impressionable age of nineteen. Just across the park from where I was living and studying in Madrid, Spain was the Casón del Buen Retiro, an extension of the renown Prado museum. At the time, this small museum housed one of Picasso’s most dramatic works of art, Guernica. I learned that Franco and his Nationalists called upon external help to try to gain an upper hand in the Spanish Civil War. Hitler accepted the invitation to test some of his aerial military tactics, and in April of 1937 the Nazis unleashed a devastating bombing attack against the Basque city of Guernica. Picasso had been commissioned to submit a painting for the Spanish Pavilion at the World Fair in Paris that year, and he chose this event of death, destruction and suffering to produce a massive mural work of lasting impact. 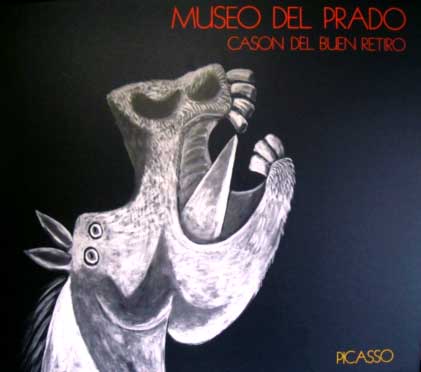 When I first viewed this work I was enormously moved by the piece itself, along with the many sketches and an individual paintings used as studies to arrive at the final masterwork. I picked up two bocetos that moved me most intensely (a “screaming horse” and a “woman crying with a handkerchief”) and the images have traveled with me far and wide and continue to adorn the walls of my office in Geneva. Nearly all of my studies since that time have focused on war and conflict, and this seemed somewhat coincidental to me until I ran across this quote from Picasso:

A work of art should make a man react, feel something intensely,

so that he also begins to create himself, if only in his imagination.

It should force him to convulse and agitate him;

to become conscious of the world in which he lives,

and for this to happen he first needs to be cast outside of his own world.

This is what happened to me in Madrid. Picasso’s work indeed planted a seed, and made me begin to create in my own imagination due to the agitation produced by his powerful art and a consciousness of the world around me. In the end, I chose to formalize my long lasting interest in the reduction of suffering in war, and move beyond my imagination.

Last but not least, to those who taught me about values and principles: Mary, Phil, Dave, Noni, John, Jackie, Diana, Suzanne and Peter.